Employee innovativeness and achievement motivation: A public and a private organization's experience 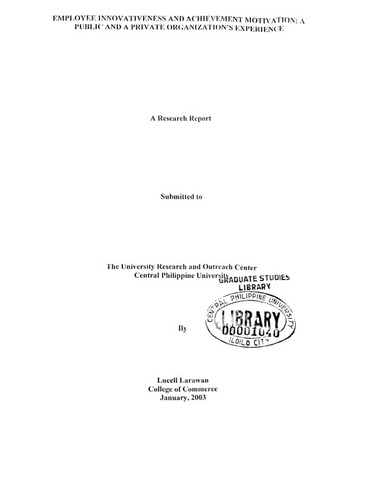