Attendance in research trainings, needs and involvement of CPU faculty 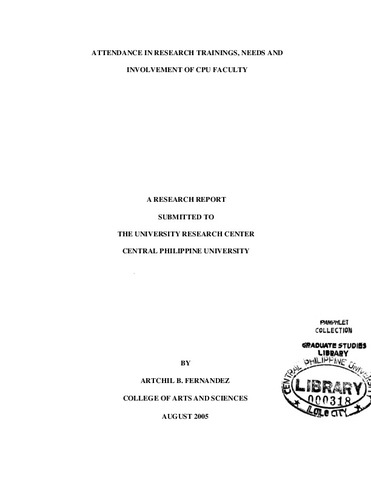