The management of community-based initiatives in reproductive health in three provinces in Western Visayas: A comparative analysis 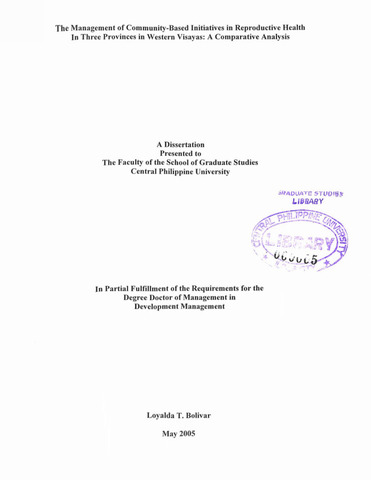