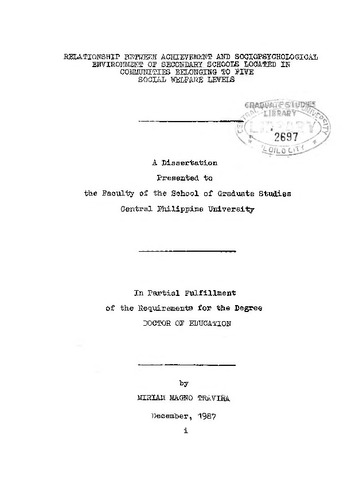 Doctor of Education with specialization in Educational Administration