Working relationship with doctors and attitudes towards work of staff nurses at three private hospitals in Kalibo, Aklan 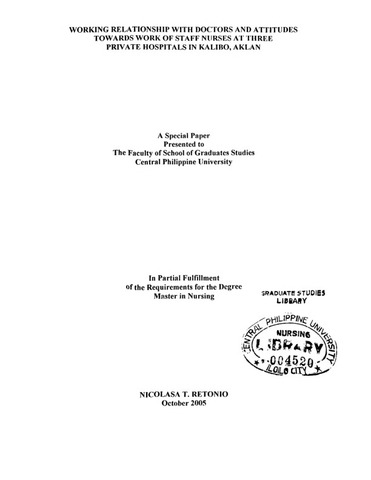