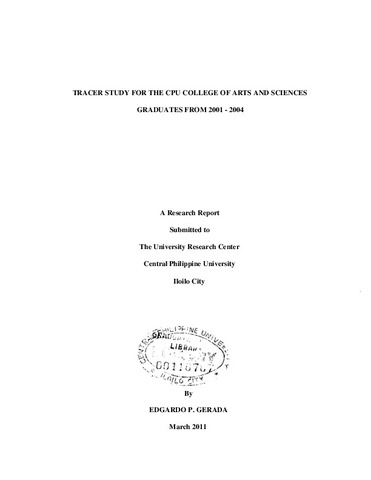 CPU College of Arts and Sciences