Knowledge, attitudes and practices of caretakers towards the health care of children with measles (Rubeola) in Molo, Iloilo City 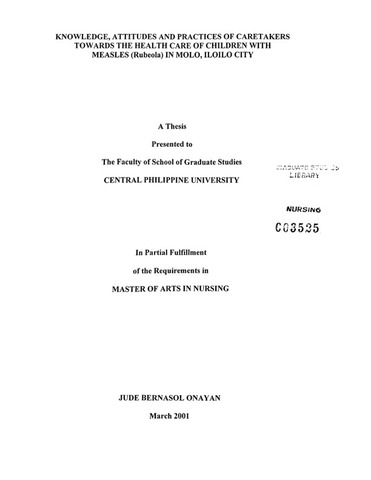