The influence of personal characteristics on the lifestyle of hypertensive men and women in four barangays in Iloilo: A retrospective study 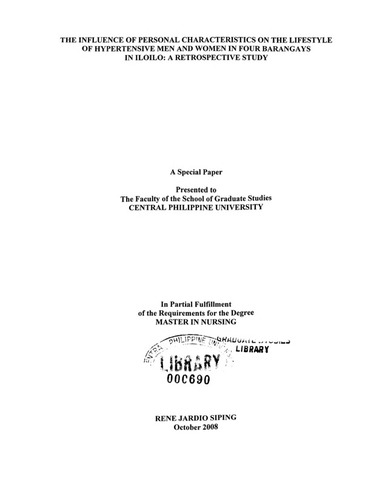