A 5-year analysis of the business performance of DTI assisted Micro, Small and Medium Enterprises (MSMEs) in Negros Occidental 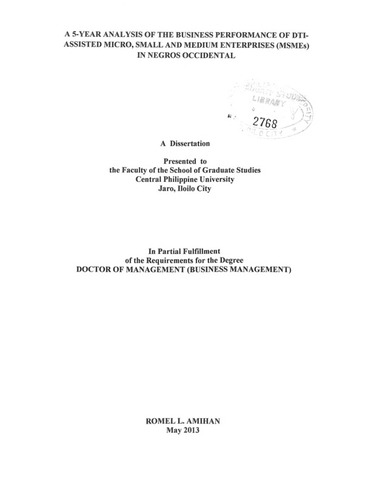