Factors associated with degree of alcoholism in the households of Barangay East Valencia, Buenavista, Guimaras 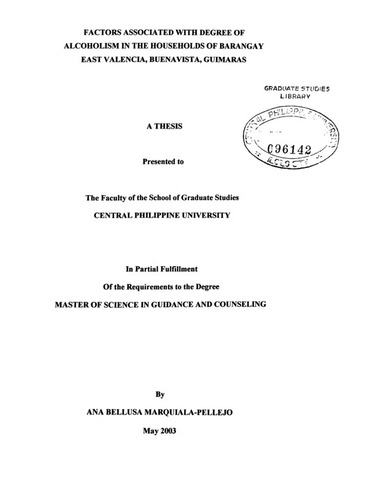