Nature and extent of utilization of retirement benefits of retired employees in a research institution in Tigbauan, Iloilo 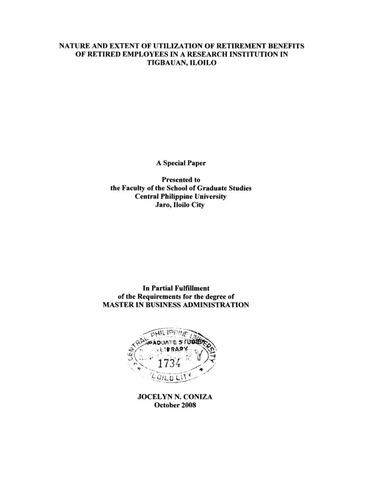