Food-meat processing industry in one barangay (A) in Kalibo, Aklan: A case analysis 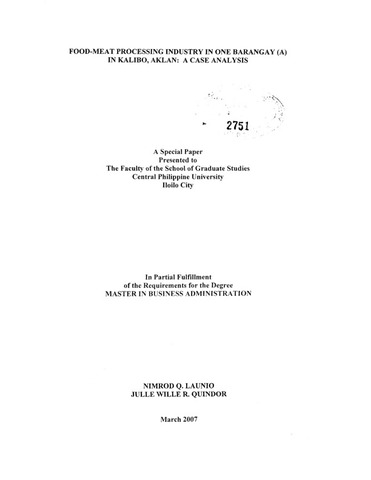