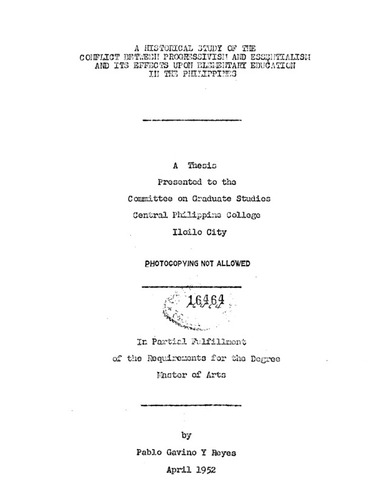 Reyes, P. G. (1952). A historical study of the conflict between progressivism and essentialism and its effects upon elementary education in the Philippines (Unpublished Master’s thesis). Central Philippine College, Jaro, Iloilo City.