Socio-demographic profile and the issues and concerns of the LGBTQI community in the Municipality of Estancia, Iloilo 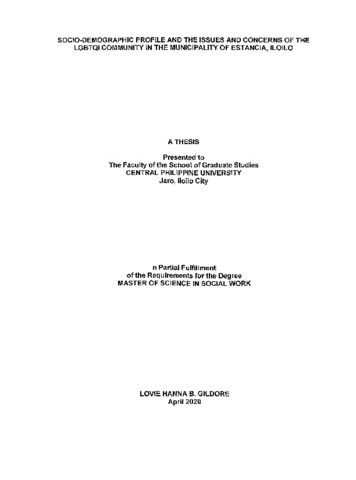 Gildore, L. H. B. (2020). Socio-demographic profile and the issues and concerns of the LGBTQI community in the Municipality of Estancia, Iloilo (Unpublished Master’s thesis). Central Philippine University, Jaro, Iloilo City.