Socio-demographic profile and the issues and concerns of solo parents in the municipality of Pilar, Capiz 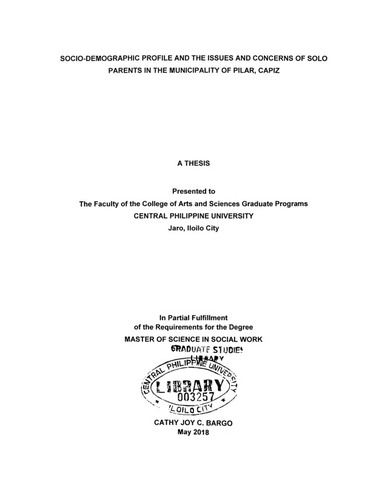