An analytical study of the Chabacano verb 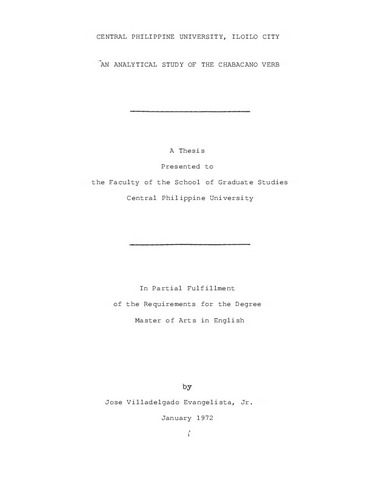 Master of Arts in English Language and Literature