Motives and interests in joining the PNP: Their influence on academic performance of Public Safety Basic Recruit Course (PSBRC) students 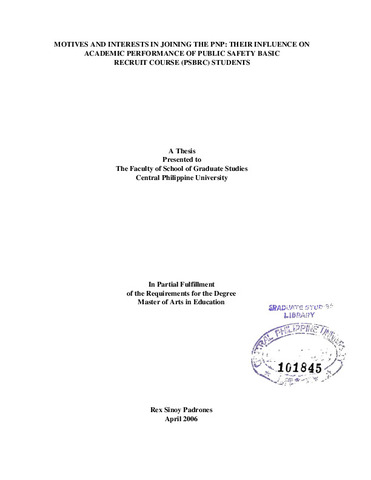