Problem-solving skills, attitude towards Physics and their relationship to performance in Physics of Engineering students 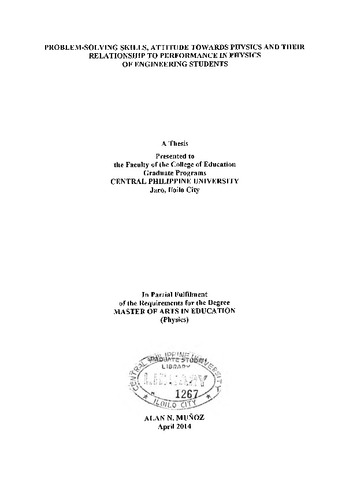 Master of Arts in Education major in Physics