Occupational stress, emotional intelligence and coping strategies among nurses in a government tertiary hospital in Antique

Occupational stress, emotional intelligence and coping strategies among nurses in a government tertiary hospital in Antique 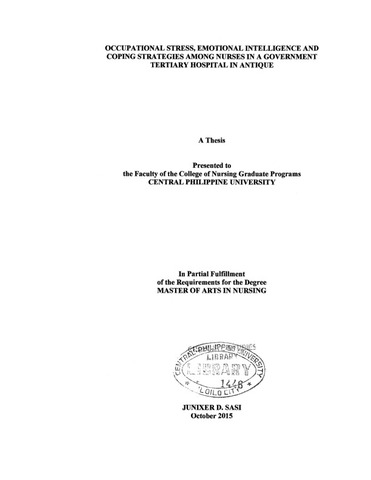