The status of morale of faculty members at West Visayas State University: Its predictors and association with their perception of their immediate supervisors’ leadership style 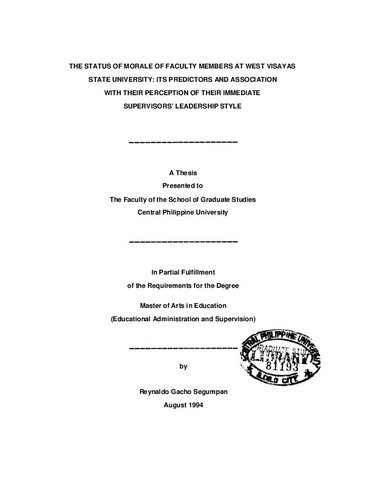