Breast self-examination among women in a rural community: Knowledge, health beliefs and practices 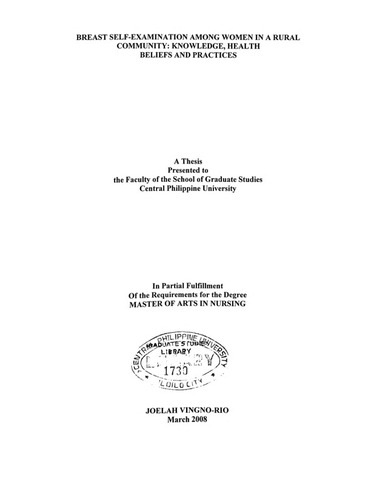