Verbal abuse in the workplace: Nurses experiences and responses

Verbal abuse in the workplace: Nurses experiences and responses 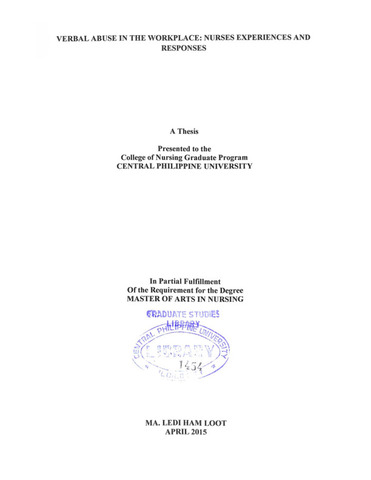