Level of knowledge and perception of, and preventive practices against osteoporosis among teenagers in selected high schools in Roxas City 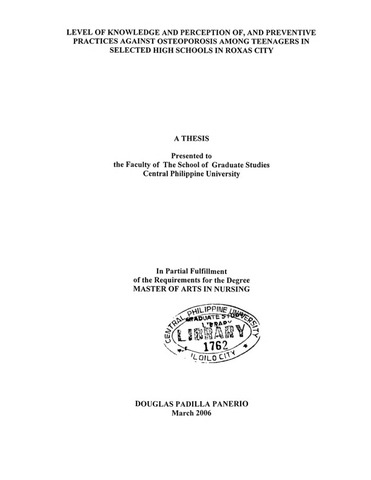