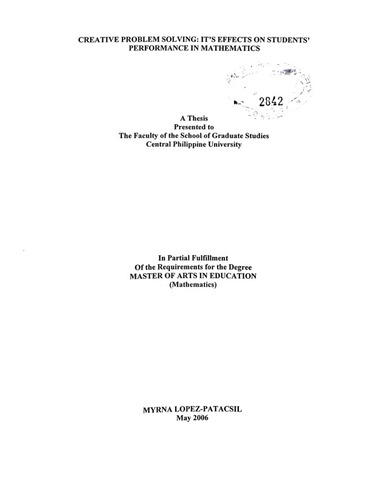 Master of Arts in Education (Major in Mathematics)