Delegation: Preparedness, attitude and practices among nurses in selected hospitals in Iloilo 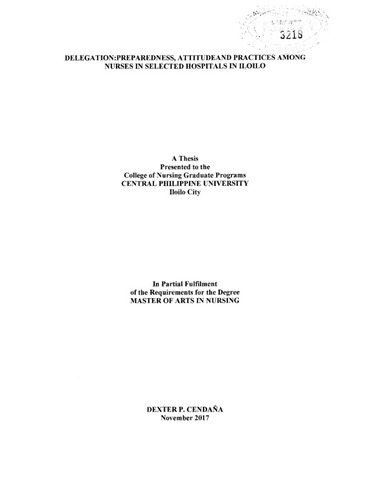