Health seeking behavior and health status of inmates at Bureau of Jail Management and Penology in Kalibo, Aklan 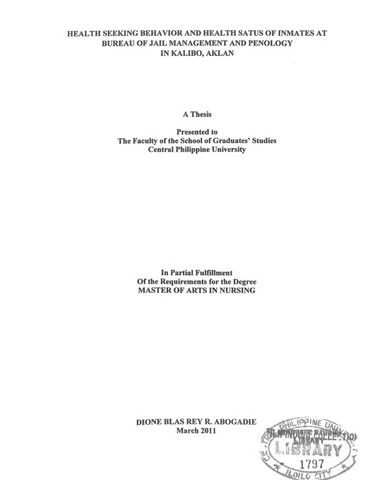