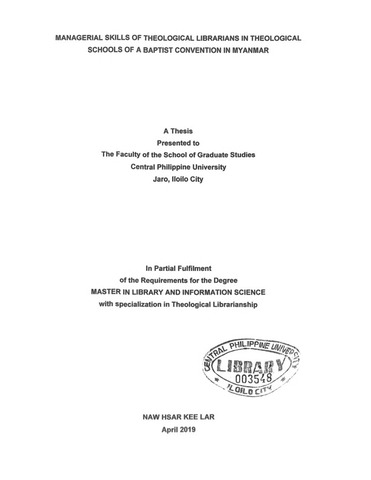 Master in Library and Information Science with specialization in Theological Librarianship