Demographic characteristics and work related conditions: Their association with job satisfaction among nurses in a tertiary hospital in Iloilo City 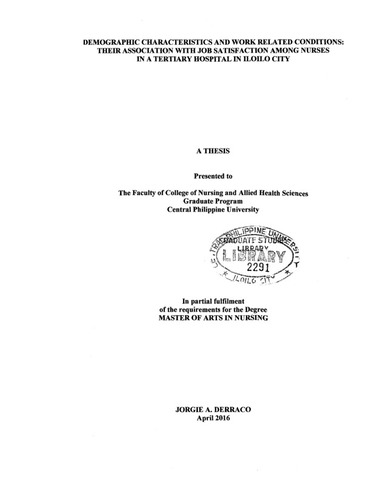