Knowledge, attitude and utilization of the privileges and benefits of senior citizens in the Municipality of Leganes 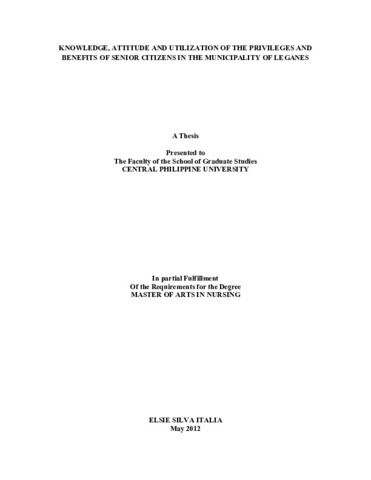