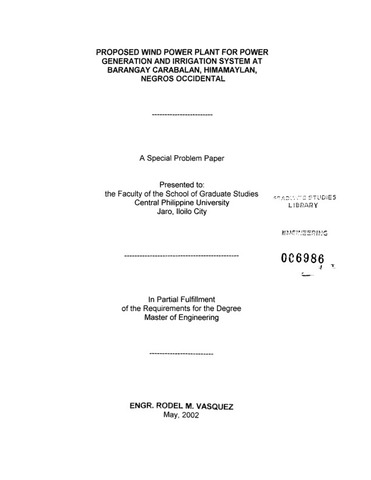 Introduction, statement of the problem, and objectives