The conversion of DOH-retained Western Visayas Medical Center into a government owned and controlled corporate (GOCC) hospital: Its financial viability and sustainability as perceived by the hospital department heads 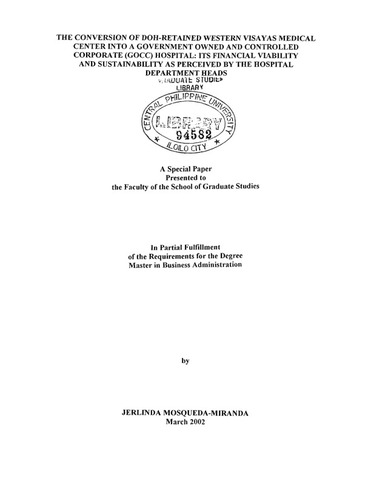