Emotional intelligence, job satisfaction and job performance of the faculty members of state colleges in the provinces of Antique and Iloilo 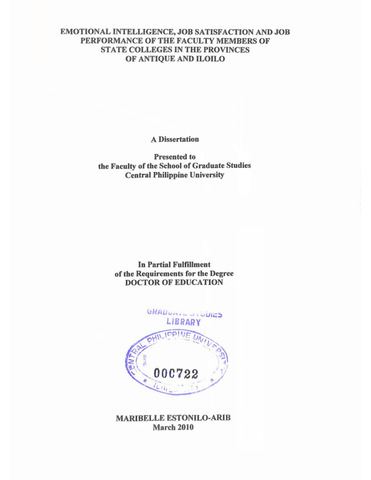 Doctor of Education major in Educational Management and Supervision