An assessment of institutional functioning in ten schools, Iloilo City after a period of seventeen years 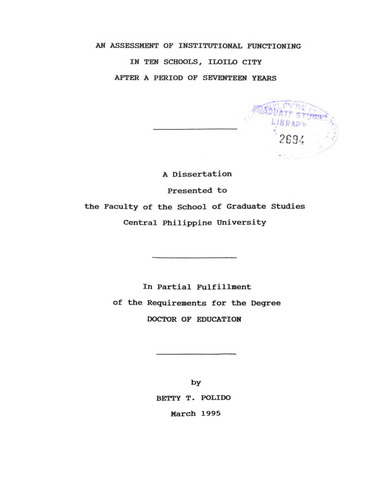