Perception and utilization of multimedia-assisted teaching of English teachers in the academies in Kang Neung City, South Korea 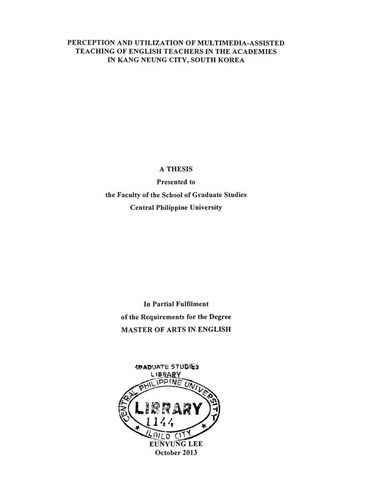