Motives, expectations and intentions: A case study of the students of the Convention Baptist Bible College 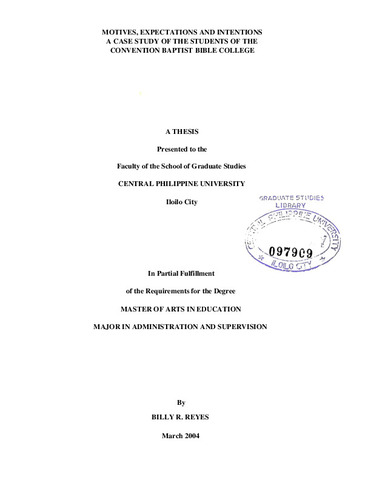